A seemingly obvious criterion to select terms for a terminology database is frequency of occurrence. A term extraction program, for example, should tell us how often a term appears in the text mined. Term extraction output or other text-mining solutions might also tell you what the distribution of a term is, in other words you may be able to find out in how many documents or products a term occurs.

When sifting through term candidates in term-mining output, we very likely have to scope quite a bit, because we can’t spend weeks on making perfect term selections. As we know by now, frequency is not the only term selection criteria, but it can help us particularly in large projects. Here are options and their pros and cons:

If a term occurs often in a project, it is probably either very important or so generic that it shouldn’t be included. If you run a term extraction process, words should not be part of the resulting list; they should be part of a stop-word list.

Certain term mining solutions or lookup tools also indicate in which project or in which version and product a particular term is used. In other words, they give us information about the distribution of a term. But high distribution, just like high frequency, may be criteria of terms that are very well known and do not need to be documented. For example, at Microsoft it would seem useless to include terms, such as computer or user, just because they occur frequently and are widely distributed. There are other reasons to include them, though. By the same token, a widely-distributed and highly-frequent term that is somewhat mysterious should be included in the terminology database, as many users might need to look it up and the return on investment is there.

To summarize, frequency and distribution are important term selection criteria. They must be looked at in combination with other criteria, though, to make sense. One criterion to consider could be novelty, which we will examine in the following entry.

You may have noticed that no two people involved in term selection will make the exact same choices; each person’s list would look slightly differently. And depending on the users of the database, different terms need to be selected. After terminologization and confusability, the next selection criterion is a term’s degree of “specialization.” And here is where the person selecting the terms and the person consuming the terminology product influence choices.

What is a highly specialized term to one person may be old hat to someone else. For example, a content publisher who has worked on, say, ERP content most of their professional life, may not want to document the term “bill of material.” But for an English-to-Slovak translator who might work on a birth certificate and a medical report one day and the ERP project the next, it is really helpful to have a terminological entry for “bill of material” to resort to. 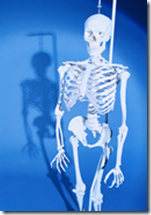 Similarly, if the goal is to prepare a terminology glossary for medical interpreters who have worked in their specialized field for a long time, we may not add the most common anatomical body parts, such as sternum, as they would likely be familiar with them. But if the same terminology database is used to produce a glossary for patient information, it may very well be worthwhile to select and document the terms sternum and breastbone.

In my experience—especially in large-scale environments with multilingual databases with dozens of target languages, hundreds of products and thousands of consumers—if you find that a term is not that specialized, because you are familiar with it, do include it anyway. Since you know it, you can set up a correct and complete entry quite fast; while it’ll take someone else a long time to research and find the information that you already have.

After terminologization, confusability, and specialization, tomorrow we’ll look at the simple topic of frequency.

Let’s continue in our series of designators (remember, these are terms, appellations and symbols) to include in a terminology database. Today, we will focus on the question: Can this designator be confused with another? More specifically, is there a homograph that stands for a different concept?

Homographs—words that have the same spelling, but differ from one another in meaning, origin, and sometimes pronunciation—are probably the most frequent source of confusion. While we try not to use one term for multiple things, it cannot always be avoided; language is alive, meaning evolves, and even with the best prescriptive terminology management system, you might encounter homographs.

A good example is the term port. Port has many meanings as a word in general language and as a term in special languages. In the IT world, it can refer to at least a physical piece of hardware and a logical piece of software.

Theoretically, when there is the risk of “confusability,” the technical writer should be very specific, for instance, by using physical port or hardware port or even more specifically keyboard port. But even if the writer is precise in the first occurrence of the concept in the text, s/he may use the more generic or abbreviated form port in subsequent parts of the text or on the user interface. Because we never know what shows up in the translation environment first, though, it is good to alert a localizer to the fact that there are multiple meanings behind the term and include it in the terminology database.

So, if the answer to the question “is there a risk of confusability?” is yes, add the term and its homograph to the terminology database. While users of the database still need to identify the meaning in their context, at least they are alerted to the fact that there are two or more possible meanings.

Tomorrow, we will discuss selecting terms based on their degree of specialization.