Terminology is for translators! Why should I, as a fill-in-the-blank expert, worry about terminology? Oh, but we are in marketing, not in translation! Excuses, excuses. When you wait until your terminology hits the translator, it is too late. Besides the fact, it is not true that folks in the content supply chain don’t deal with terminology management. Most of them just don’t deal with it consciously. Some do it very effectively.

There are links in this chain who very, very actively deal with terminology. Only three out of 23 car sales people I interviewed at the Canadian International AutoShow in February, for instance, were stumped by the question “what is terminology”. All others had very good definitions, explanations and synonyms handy. What’s more, almost all of them pointed out the effect of terminology choices on their customers. They knew muuuch more about terminology issues than most people in the content supply chain are willing to admit. Some of them were just not that happy with the terminology that came down the pipeline to them!

Terminology is very deliberately used by marketing and branding departments to achieve brand recognition and ultimately to sell. Here is a commercial that uses presumed synonymy to introduce essential concepts of a product and reach potential buyers on different levels:

Using presumed synonymy as a technique allows the marketing experts to have a likeable bungler explain what is implied to be a technically excellent product, all with the tag line “Hard to describe, easy to use.”

It is not as over-the-top as the Turbo Encabulator that has my students rolling on the floor even at 9 PM. But it shows how clued into terminology methods some branding folks really are. So, if you are part of the content supply chain and think you have nothing to do with terminology principles and methods, think again. Your competition is using them while you are still denying they exist.

Terminology in a commercial

BIK: Thanks to Ben W. for pointing out a much more logical explanation, which eluded me in the final minutes of writing the above: The direct association with Kryptonite is that with a powerful material. And who wouldn’t want something that is stronger even than Superman. 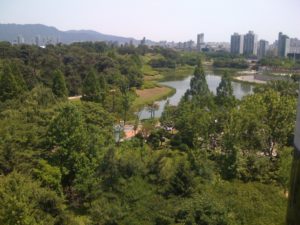