Linguistic quality is one of the persistent puzzles in our industry, as it is such an elusive concept. It doesn’t have to be, though. But if only quantity matters to you, you are on your way to ruining your company’s linguistic assets. 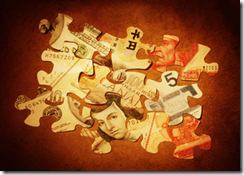 Because terminology management is not an end in itself, let’s start with the quality objective that users of a prescriptive terminology database are after. Most users access terminological data for support with monolingual, multilingual, manual or automated authoring processes. The outcomes of these processes are texts of some nature. The ultimate quality goal that terminology management supports with regard to these texts could be defined as “the text must contain correct terms used consistently.” In fact, Sue Ellen Wright “concludes that the terminology that makes up the text comprises that aspect of the text that poses the greatest risk for failure.” (Handbook of Terminology Management)

In order to attain these two goals, others must be met in their turn: The data values within the entries must contain correct information. And the entries must be complete, i.e. no mandatory data is missing. I call this the mandate to release only correct and complete entries (of course, a prescriptive database may contain pre-released entries that don’t meet these criteria yet).

Let’s see what that means for terminologists who are responsible for setting up, approving or releasing a correct and complete entry. They need to be able to:

Let’s leave aside for a moment that we are all human and that we will botch the occasional entry. Can you imagine if instead of doing the above, terminologists were told not to worry about quality? From now on, they would: 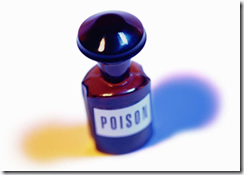 Do you think that we could meet our number 1 goal of correct and consistent terminology in texts? No. Instead a text in the source language would contain inconsistencies, spelling variations, and probably errors. Translations performed by translators would contain the same, possibly worse problems. Machine translations would be consistent, but they would consistently contain multiple target terms for one source term, etc. The translation memory would propagate issues to other texts within the same product, the next version of the product, to texts for other products, and so on. Some writers and translators would not use the terminology database anymore, which means that fewer errors are challenged and fixed. Others would argue that they must use the database; after all, it is prescriptive.

Unreliable entries are poison in the system. With a lax attitude towards quality, you can do more harm than good. Does that mean that you have to invest hours and hours in your entries? Absolutely not. We’ll get to some measures in a later posting. But if you can’t afford correct and complete entries, don’t waste your money on terminology management.

One of the invited talks was given by Michal Boleslav Měchura and Brian Ó Raghallaigh who are the technical brains behind the Irish National Terminology Database that serves a stunning 600,000 users. Much like the Rikstermbanken of the Swedish Center for Terminology discussed in Quantity matters, this project makes a (corporate) terminologist’s mouth water for its funding. According to the project website, there are no fewer than 18 people on the project team. Michal shared how the team is using statistics and user feedback to improve the search capabilities, the user interface, and the data presentation.

BACUS (Base de Coneixement Universitari) is a terminology database created at the Universitat Autònoma de Barcelona by students as part of their course work. Students work with subject matter experts to create entries in at least three languages. Two of them must be languages taught at the Faculty of Translation and Interpreting: Catalan, Spanish, English, French, German, Portuguese, Italian, Russian, Arabic, Chinese, or Japanese. The third may be a language not taught at the Universitat, such as Basque, Bulgarian, Danish, Slovak, Galician, Greek, Dutch, Norwegian, Latin, Pulaar and Swedish. In their paper, Aguilar-Amat, Mesa-Lao, and Pahisa-Solé describe in detail the high-quality approach that students are taking to arrive at their entries. For example, “all linguistic data included in the BACUS project are obtained from corpora of original texts in different languages on the same specialized subject.” The work on the database has been discontinued, but it is well worth a look.

Such a high-quality approach cannot be expected for entries from a federated term bank, such as EuroTermBank. This project, developed and managed by Tilde, is probably not new to you. Andrejs Vasiljevs presented the results of a survey of different groups of potential system users. In his paper, Andrejs discusses the need to open up term banks to user participation.

At J.D. Edwards user participation in the form of entry requests and comments was implemented in a format that allowed for prescriptive terminology management, as is necessary in the corporate environment. There is no reason, though, that federated term banks should not adopt Wikipedia-style knowledge sharing, approval mechanisms known from commercial sites, and the like. Once sharing, voting or commenting mechanisms are implemented, the key might be to get as many experts to use the database as possible, so that unreliable data be found and eliminated quickly. It would be interesting to discuss entry reliability with regard to these projects and the ones mentioned in Quantity matters.

The main workshop I would like to mention is, of course, the discussion of standard ISO 704. Thank you for participating through the survey and comments in Who cares about ISO 704, which I mentioned in my presentation. During the workshop, we agreed to suggest to the respective workgroup in ISO TC 37 to streamline the current content, review the example used, and add parts geared towards the different user groups. I very much enjoyed the work in this group and feel that it will lead to a better standard down the road.

The TKE organizing committee decided to expand membership of GTW (association of knowledge transfer), the organization behind TKE. A new subgroup of the Terminology group on LinkedIn is being formed specifically for that purpose. If you are interested, join the group called Association for Terminology and Knowledge Transfer; just allow a bit of time for approval.

To conclude my little TKE report: It was a particular pleasure to witness Gerhard Budin bestow the Eugen Wüster Prize upon Sue Ellen Wright and Klaus-Dirk Schmitz from Kent State University and Cologne University of Applied Science, respectively. It couldn’t have gone to two more well-deserving individuals.