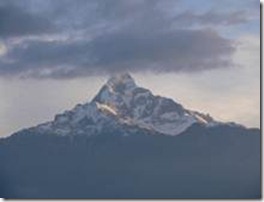 Here is one that is forgotten often in fast-paced, high-production environments: system. This at first glance cryptic criterion refers to terms that may not be part of our text or our list of term candidates, but that are part of the conceptual system that makes up the subject matter we are working in. And sometimes, if not to say almost always, it pays off to be systematic.

A very quick excursion into the theory of terminology management: We distinguish between ad-hoc and systematic terminology work.

In the following example, the terminologist decided to not only set up an entry for forecasting, but to also list different types of forecasting—child or subordinate concepts—and the parent or superordinate concept. The J.D. Edwards terminology tool, TDB, had an add-on that turned the data into visuals, such as the one below. It goes without saying that displays of this nature help, for instance, the Finnish terminologist to find equivalents more easily when s/he knows that besides qualitative forecasting there is also quantitative forecasting, etc. 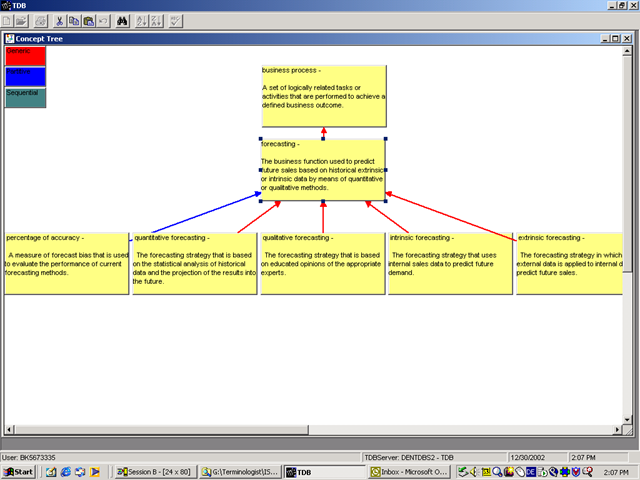 In his Manuel pratique de terminologie, Dubuc suggests that ad-hoc terminology work is a good way to get started with terminology management. Furthermore, he is right in that documenting concepts and their systems takes time and money, both of which are in short supply in many business environments. On the other hand, a more systematic approach will, in my experience, lead to entries that stand the test of time longer, create less downstream problems or questions, and need less maintenance. So, investing more time in the initial research and setting the surrounding concepts while you have the information at hand anyway, may very well pay off later. Seasoned terminologists know when to include terms to flesh out a system and when to simply answer an ad-hoc question.