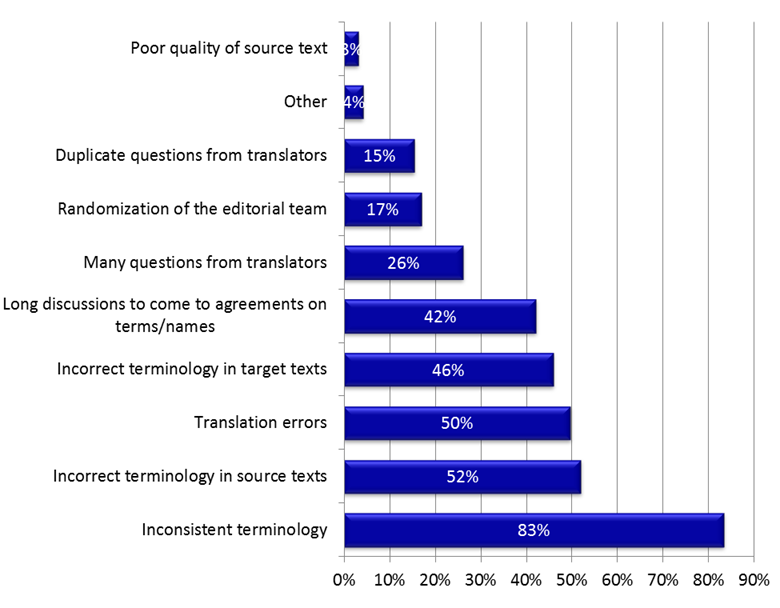 Thank you for participating in the TermNet Terminology Survey! The results are in. If you participated and signed up to get a summary of the results, you should have received them this week. If you signed up, but didn’t receive them, feel free to send me an e-mail. We also have a winner of the prize drawing. Petr from Prague will receive free tuition at the Terminology Summer School in Cologne, July 11 – 15. More information about this event is forthcoming on the TermNet website.

To get an idea about the event, click on the image. And for more information on the survey results, check back here.

Or ‘I need to learn your jargon, so that we can understand each other’. What now? Can we use jargon or not? As so often: it depends.

I recently overheard my husband, Greg, who works with Microsoft partners interested in the MS cloud computing product, say to a partner: “I need to learn your jargon.” I nearly interrupted him to suggest that the partner send him an excerpt of the company’s terminology database. If they had one.

What do editors mean when they say “don’t use jargon”? There are two distinct concepts that are covered by the English term jargon:

Whether to use it or not is a matter of definition. The first meaning is really a synonym to the collection of terms or the technical terminology. Can you use that jargon? Well, what else would you use? The Microsoft partner who is in the medical software business probably flung acronyms like HIPPA and HIMSS around, and there is no way to avoid concepts like the Health Insurance Portability and Accountability Act, short HIPAA, if you are to figure out whether healthcare information can be stored in the cloud and how. Greg needs to bite the bullet. If the partner could quickly produce a list of the 20 most important terms and definitions for others to review, communication would happen faster and with fewer misunderstandings.

The second meaning is the one to stay away from, not only because the example suggests that thieves use jargon. The main problem is that it is a language that only a particular group can understand and that would exclude others. It is generally not the intent in technical communication to exclude someone from using a product or service. Since your customer base might be diverse, it is a good idea to have a clear persona in mind before developing a new product.

An example where a language mediator might go back and forth between jargon (meaning 1) and jargon (meaning 2) is medical interpretation. If a physician asks a patient about a “cardiac arrest” he chooses a technical medical term. The interpreter might chose to convey that with “heart attack” to the elderly farm worker from Latin America and therefore transfers what might have been meaningless jargon to the patient into the terminology with the right register.