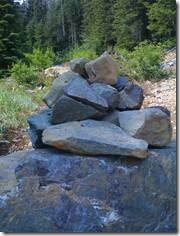 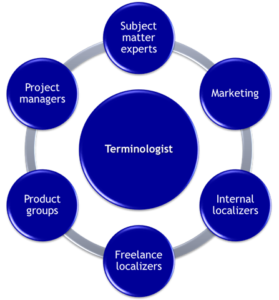 Language is part of a company’s culture. Like other social groups, employees at a company develop a vernacular that allows them to communicate (efficiently) with each other, be specific enough, and maybe even have fun. Part of this language may be technical terms or jargon. Sometimes that works, sometimes it doesn’t.

When employees of Microsoft use a product that hasn’t been released yet, the product is referred to as dog food and the practice is called dog-fooding. Apparently, the expression eating your own dog food was coined in 1988,and it is still in use today.

According to the best practices for terminology work just published by Deutscher Terminologie-Tag e.V. and Deutsches Institut für Terminologie, well-motivated, transparent terms allow the recipient of the communication to understand the concept (the idea represented by the term) immediately and comprehensively

From a term formation standpoint, dog food is not a well-motivated term: food for dogs and software products don’t have anything obvious in common, and we have to look to Wikipedia to understand the etymology. It also violates a few other criteria for good terms:

We can only speculate why dog food as a designator for an unreleased product has taken root anyway:

This last point is an interesting one. If these high-ranking individuals used the term and used it consistently and often, caused people to chuckle or to listen up, they have a very good chance of succeeding even with a poorly motivated term. Sociolinguistic aspects, e.g. who coins and disseminates a term, do play a role in term formation.

Very likely frequency and vigor of use were the two aspects that were lacking when in November 2009 Microsoft CIO, Tony Scott, tried to convince Microsoft employees to use ice cream (and ice-creaming) instead of dog food. His intentions of changing to a term that is actually associated with something that people like to eat were good. But it was far too late.

It is very difficult to eradicate even a poorly motivated term, if it has been around for a while, people are used to it, and it has a certain weirdness factor to it. Not that ice creaming wasn’t weird: In fact, back when I, as Microsoft terminologist, read the story, I was screaming, too.